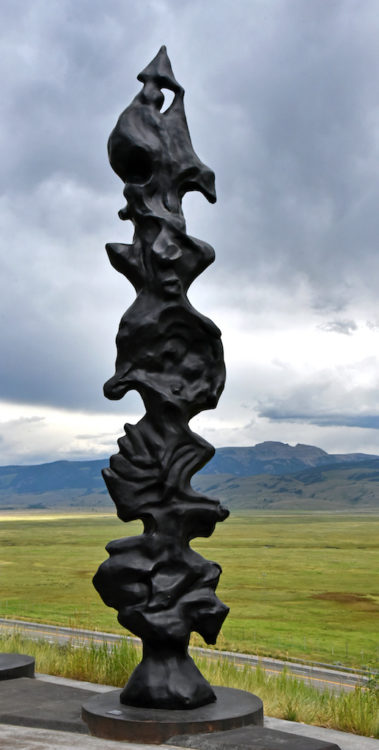 The National Museum of Wildlife Art out in Wyoming, which, you may not have known, is built into a hillside atop the National Elk Refuge in Jackson, got five new works for its permanent holdings. A few of the additions are Preston Singletary‘s White Raven (2017), a blown and sand-carved glass sculpture, and Herb Alpert‘s large-scale bronze creation Wildlife (2014). (Yes, that’s Herb Alpert the trumpeter, of Whipped Cream & Other Delights fame, who’s also a visual artist and philanthropist.)