Herb Alpert Is Looking For ‘THE FEEL’ 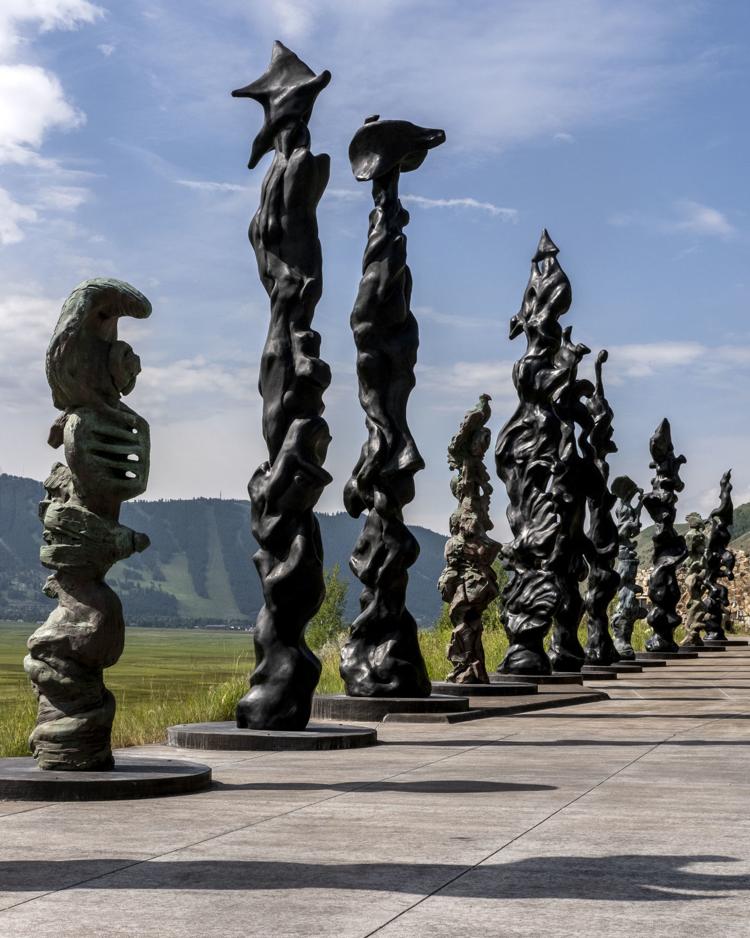 Herb Alpert’s “Spirit Totems” will be on display outside the National Museum of Wildlife Art through September. Photo: Ryan Dorgan / Jackson Hole News&Guide

It seems like every once in a while you run into someone who can do anything. When that person seems to do it with ease, it’s another thing entirely.

Still, Alpert released nine No. 1 albums on the Billboard 200. He has also sold 72 million records and picked up nine Grammys during his six-plus-decade career.

But he would probably balk at even being in relation to his awards. Sitting in front of a view of the Gros Ventre Range at the National Wildlife Museum of Art, he came across as humble, relaxed and genuine. He wasn’t there to talk about a career that saw him lead his band, Herb Alpert and the Tijuana Brass, to commercial success and fame in the ’50s and ’60s. He also wasn’t interested in talking about starting, running and selling A&M Records.

Alpert was there to talk about his art. He isn’t into the awards (“I don’t want to sound double humble, but I’m not into that,” he said.) or anything in that vein.

He’s just into doing “his thing,” which at this point in his life is a little bit of music and a little bit of visual art, including 6- to 12-or-so-foot bronze sculptures that he calls “spirit totems.”