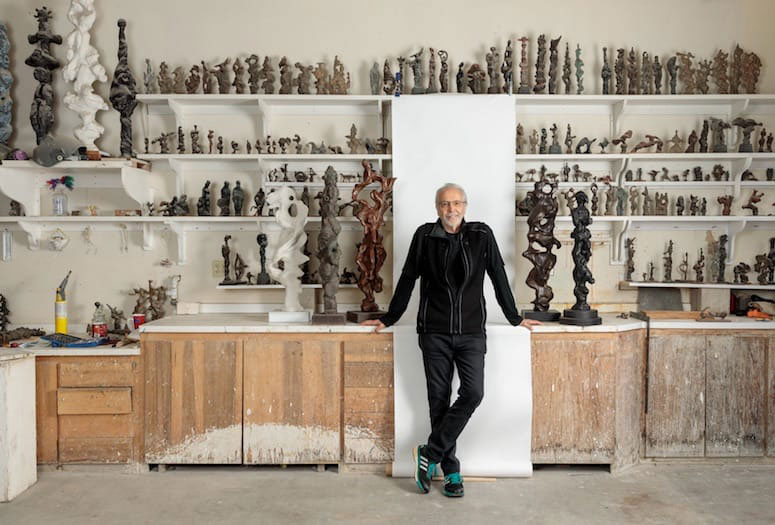 Music legend Herb Alpert has created totem pole art after being inspired by the work of the Hunt family, and Sunnylands has brought both collections together to display in Rancho Mirage.

Music great Herb Alpert stands with a selection of models from his sculpture studio. “What people don’t understand about me is I’m not a Sunday painter. Making art is central to my life.” – PHOTOGRAPH COURTESY SUNNYLANDS

Carving totem poles out of sky-high cedar trees is a tradition for the Hunt family, members of the Kwakiutl tribe of British Columbia, Canada. From one generation to the next, through a mastery of woodcarving, the family has preserved a vital component of its Native American culture.